My boys are getting so big. :)

The other day Seth insisted that he needed a pink piggy to put moneys in so that he would have moneys. The only one we found had a princess crown on the side, but hey, he's happy! He woke up for a week straight after we bought it and asked where it was and had to hold it. Funny kid. 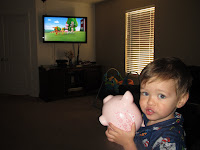 Holly brought her kids over to play the other day and Seth could not have had more fun. He loves those kids! I made the mistake of asking Seth if he liked playing with Jayden and Jordan and he automatically corrected me that there was Jayden and Jordan AND Brooke AND Ben. It was so cute. 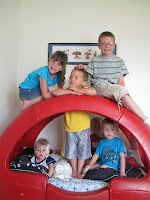 This is Jason today out digging up all the pipes in our yard. And there are a TON of pipes! He trenched our yard for our sprinkler system. I can't believe we will be getting a yard pretty soon. I'm so excited! 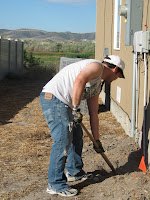 Seth is potty training and doing a wonderful job. I have almost quit 3 different times but we've pushed through. He rarely has an accident now, even when we are out and about, but we're still in diapers for naps and night time. 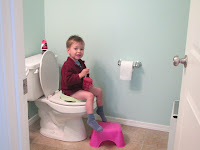 We all went to the aquarium the other day and both kids enjoyed it. They had some cool things, including several petting stations for stingrays and starfish and such. 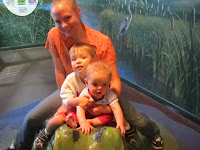 We went to Cars 2 in the theater and had a blast! It was such a cute movie. We ate a ton and I loved watching Seth watch the big screen. He was mesmerized. He's getting so big right before my eyes. 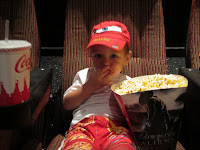 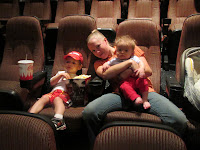 My boys together. You can see Kai's helmet in this picture. I have other pictures of his helmet, but most of them are of him before he got the padding put in so it doesn't look the same. We are going to decorate it and I'm really excited. I will post some pictures once we get the decorating done. He has also gotten a TOT collar which he hates. I feel so bad putting all these torture devices on my child but they are all for his good. He looks like he's gotten in an aweful car accident or fallen from a significant height or something. He's a trouper though and handling it all really well. 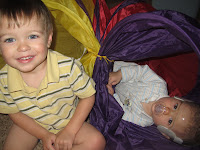 Kai has also been incredibly sick lately. He had croup, then the flu, then he cut his first tooth, then he had croup AGAIN, now he's teething some more. This is all amidst Orthodic doctor appointments and Physical Therapy appointments for his helmet (plagiocephaly) and TOT collar (torticollis). If he cuts the two teeth that are coming in right now we might finally get a breather (and I might finally get some sleep!)

A yard... Some day I want one of those! Cairo loves special day we take him to the movies too! good times!